A BEGINNER’S GUIDE TO THE PRIMARY COLOURS – PART 3 – YELLOW 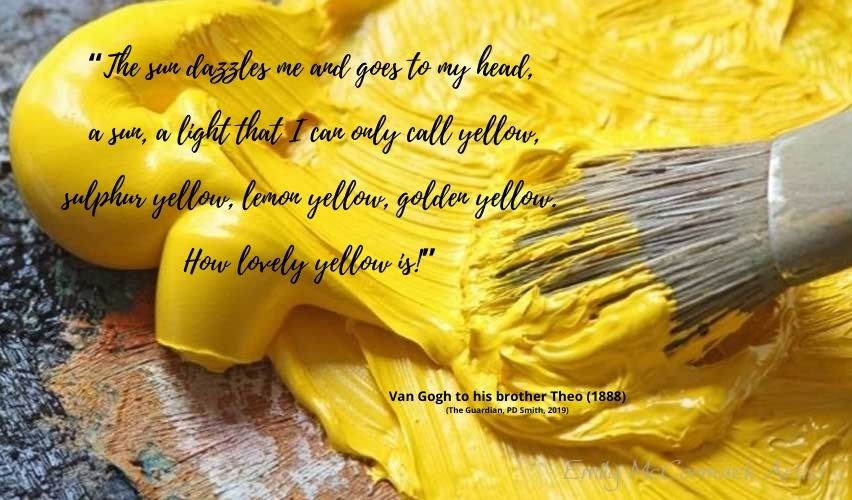 Over the last few blogs, we have been taking a beginner’s look at the primary colours. In Part 1, we looked at the colour Red, in Part 2, the colour Blue and in this week’s blog Part 3, we are looking at the colour Yellow. *

WHAT DOES THE COLOUR YELLOW REPRESENT?

The colour yellow is probably the most luminous of all the colours in the colour spectrum. (Morton, Colour Matters, 2021)

When I think of yellow, I see smiley emojis, Sponge Bob Square Pants, Pac-Man, Post-Its, daffodil beds in the springtime, the sun, and my morning fried egg.

It is the colour of happiness, optimism, enlightenment, and creativity.

Around the world and throughout the ages, yellow was used to represent many things. In Japan, yellow often represented courage, whereas, in some other countries it represented cowardliness or death.  (Morton, Colour Matters, 2021)

The very best example of yellow or gold, that I have seen so far on my travels, was at the Chora (Kariye) Museum, located in Istanbul’s Edirnekapi neighbourhood. I was genuinely blown away by the incredible detail and extent of mosaic images, which could easily hold their own when compared to the Hagia Sophia (Istanbul) and St. Marks Basilica (Venice). It’s a little off the beaten track but you can get there easily by taxi. 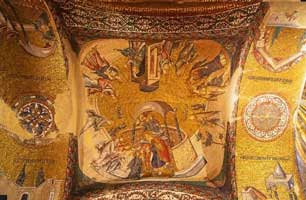 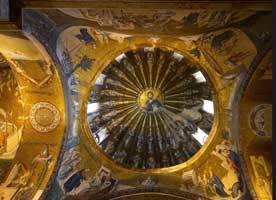 WHAT ARE THE SHADES OF YELLOW

There are many shades of yellow, including yellow and gold ochre’s, Indian Yellow, Naples Yellow, Cadmium Yellow (Lemon or Light, Medium and Deep), Gold, Chrome Yellow, Zinc Yellow, Titanium Yellow, Gambouge, Hansa Yellow and Orpiment (which was used in the Book of Kells (housed in Trinity College, Dublin)).

For those who are only tuning in here now, below is a sample of some of my work using the colour and shades of Yellow:- 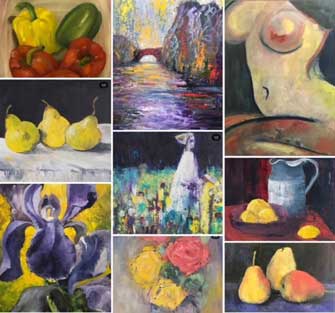 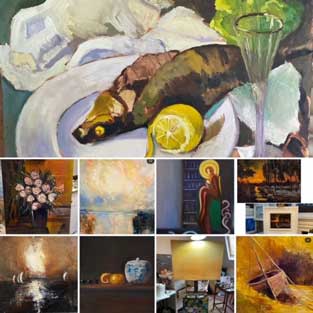 I have also included, below, a small selection of some of the oil paintings and ‘warm up’ pastel drawings, I used to teach beginner students, in the painting workshops before Covid 19 hit. The images are from the painting studies I do beforehand to show the students. 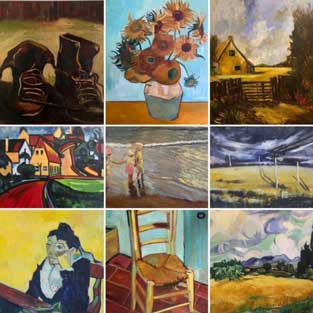 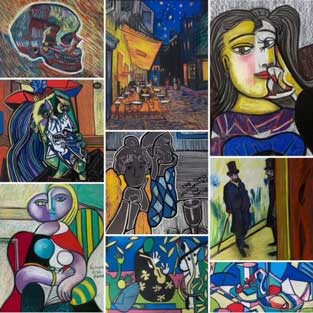 Artists who used yellow and for the Beginner artist are worth looking at, include, Turner, Klimt and Van Gogh. I have also added a few new ones for you below, such as Giotto, Kandinsky, Hassam, Lautrec, Sickert and Rothko:- 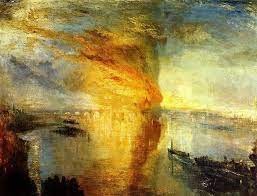 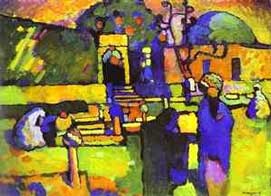 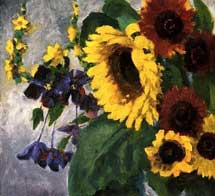 Large Sunflower and Clematis
(1943)
EMIL NOLDE (1867-1956)
The Museum of the Nolde Foundation and the Ada and Emil Nolde, Neukirchen 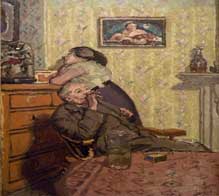 A few weeks before Covid 19 arrived on our shores in March 2020, I had a lovely new beginner student in one of the workshops. She had always wanted to learn to paint but never really found the time, as she was a full-time horse trainer. During one of the workshops, she told us a story about a postcard she had received, which had Van Gogh’s Irises on the front, and asked if I would show her how to paint it.

So, I started an easier version of the painting. Then Covid19 hit and I had to close the workshops. The painting sat unfinished in the corner of the studio. Then last week, I took it out and finished it. Now, I think I have a little more tiding to do, but when it’s safe again to reopen the workshops it will be a lovely one to add to the course curriculum. 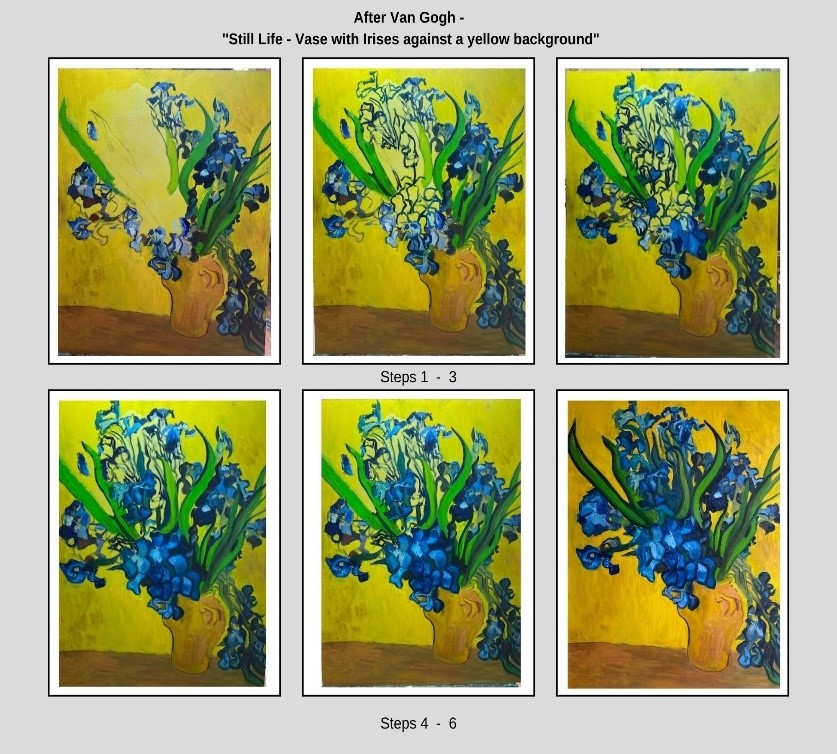 If you would like to try it at home, below is my palette and the colours I used. If you are a beginner, I might suggest for this painting, that you avoid using Phthalo Blue, as its inclined to get into everything, and can bleed into your yellows, creating greens where you do not want them!!! 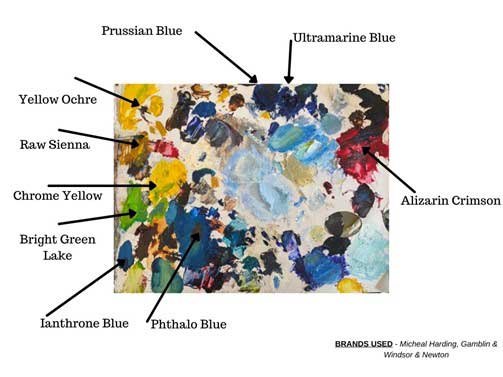 AS A BEGINNER OIL PAINTER – WHAT YELLOWS SHOULD YOU HAVE IN YOUR PAINTING KIT?

As a beginner, it is good to have a cool and a warm yellow such as a: –

Below, is a list of some of the yellows that are available on the market, and I marked in bold, the yellows, I currently have in my own palette.

The information used was extracted from the K&A Evans website, but other art stores where you can purchase your paints include Cork Art Supplies, Art Materials, Kennedys Art, Jacksons, The Range and Eason’s to name a few.

MORE ON THE COLOUR YELLOW

All extracted from The Secret Lives of Colour by Kassia St. Clair which is well worth reading.

Used by Van Gogh in the Sunflowers. Discovered in 1762, when a scarlet-orange crystal was excavated from the Beresof gold mine, in deepest Siberia. It was called crocoite (Greek word for saffron – krokos) and the French chemist, Nicolas Louis Vauquelin, discovered it contained a new element, a metal, he named Chrome (after another Greek word meaning colour). ‘The problem later discovered by artists and art lovers was that it has a nasty habit of browning with age’, case in point, Van Gogh’s sunflowers, are browning with age ‘due to the paints reaction with other pigments in sunlight’. (St. Clair, Kassia, The Secret Lives of Colour, 2016)

‘When William Winsor and Henry C Newton first started selling artists’ pigments from a small shop at 38 Rathbone Place in London in 1892, gamboge, one of their principal pigments, would arrive in regular packages from the offices of the East India Company. Each package contained a few thin cylinders, about the circumference of a ten pence coin and the colour of old earwax, wrapped in leaves.’ (St. Clair, Kassia, The Secret Lives of Colour, 2016)

These were then broken down with a metal anvil and a hammer and fixed into little brown cakes, once water was added, it, ‘yielded a yellow paint so bright and luminous it almost seemed fluorescent’. The paint was ‘solidified sap of Garcinia trees,’ from Cambodia – so you had to typically milk the tree (which was a ‘least a decade old, deep gouges can be cut into their trunks’ and ‘[h]ollow lengths of bamboo are used to catch the sap as it trickles out. It takes over a year for the bamboo to fill up and the sap to harden’. ‘Workers who crushed gamboge at Winsor & Newton would have to rush to the toilet once an hour while working with it’. (St. Clair, Kassia, The Secret Lives of Colour, 2016)

Winsor & Newton continued to receive its packages right up to 2005. It was used by Rembrandt, Turner and Reynolds (but was later replaced by many artists with aureolin – an artificial yellow – less bright but not prone to fading). (St. Clair, Kassia, The Secret Lives of Colour, 2016)

You can also read about Indian Yellow and if it was from Indian cows fed on mango leaves and the history of Saffron in Saffron Walden (UK).

In Colour by Victoria Finlay another good read, Finlay provides an account on Ochre and the Ochre Massacre in Australia, Indian Yellow and her journey to find out if the story was true and she also looks at Saffron Walden.

In our next Blog we will be starting our journey through the Secondary Colours, commencing with the colour Green then Violet and finally Orange in further blog editions.