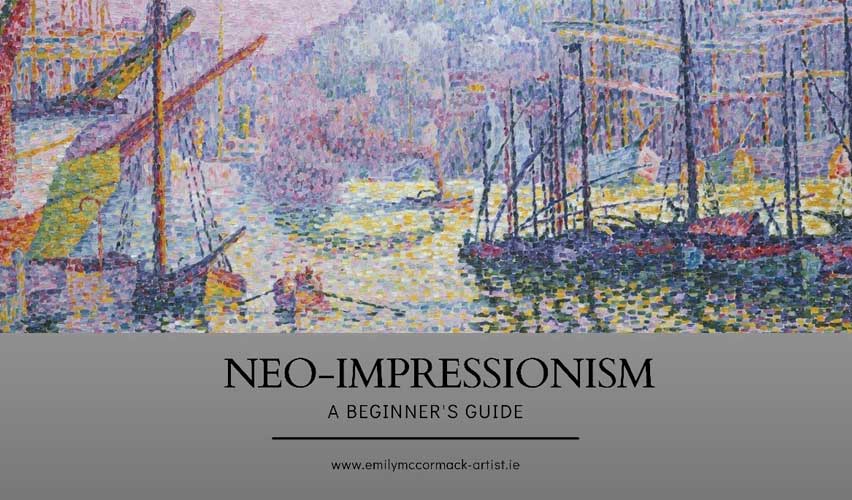 I hope everyone enjoyed St. Patrick’s Day and the long weekend. In the studio garden, we are weeding and preparing the beds for summer, and we will be adding a lot more structure to the garden this year. Last week, we started our seed planting, the cosmos has already germinated. It’s great sowing them but then they grow, and you end up with a host of plants that need transplanting, watering and daily care. But it’s gotta be done!!

This week, we hope to do a quick check on the bees to see how they are doing and to make sure they have enough food at this time of year. At the moment, they are out and about, favouring the hellebores more so than the daffodils. Every year, I forget to plant heather for them, not a lover of it but they love it, so perhaps over the next week I’ll introduce it and see how it fairs!

Neo-Impressionism came hot on the heels of Impressionism. It lasted approximately, 20 years between 1886 and 1906 and flourished predominantly in France. The key drivers of this movement were Georges Seurat (1951 – 91) and Paul Signac (1863 – 1935).

The art critic, Félix Fénéon, first coined the term Neo-Impressionism, after he saw paintings by Seurat, Signac and the father and son combo – Camille and Lucien Pissarro at the eighth and final Impressionist exhibition in Paris in 1886.

The idea behind this art movement was to apply the scientific colour theory/knowledge that had been developed and published by chemists such as Michel-Eugene Chévreul to create optical colour mixtures (mélange optique) that made the paintings seem to shimmer or pulsate. [1]

Basically, they used small touches of complementary colour side by side, to create their desired effect, which was to reinforce each colour against each other, to make them appear more vibrant and luminous. For example, as can be seen in the detail below taken from the painting Sunday Afternoon on the Island of La Grande Jatte (1884 – 86) by Seurat: – 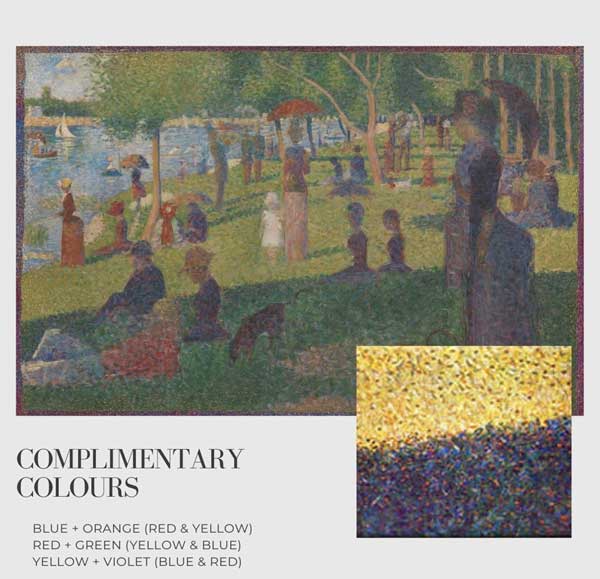 Unlike the Impressionists who painted with spontaneity, the Neo-impressionists carefully planned out their paintings. For Sunday Afternoon on the Island of La Grande Jatte, Seurat produced 28 drawings and 28 oil sketches on panel including 3 larger canvases. [2] He made oil sketches at the site in the morning, returning to his studio to spend his afternoons and evenings working on the final canvas.

They preferred to use pure colour as opposed to premixed colour and applied the paint with a pointed brush stroke or simply as dots of paint which became known as ‘pointillism’ and/or ‘divisionism’.

The movement was not without its critics, the artist Paul Gauguin (1848 – 1903) dismissed the techniques applied by these artists, calling it ‘ripipoint’.

‘After Seurat’s death at 31, Signac became the leader of the group, spreading the word through the publication of his treatise on Divisionism, From Eugene Delacroix to Neo-Impressionism in 1889. Its huge influence at the time can be gauged by the number of artists (Pissarro, Van Gogh, Matisse and Kandinsky) who flirted briefly with Divisionism painting before moving on to other styles. Neo-impressionism was also enthusiastically received in Belgium and in Italy, where Impressionism had barely registered. Even the cubists made playful use of its dotty style’. [3]

THE ARTISTS OF THE NEO-IMPRESSIONIST MOVEMENT 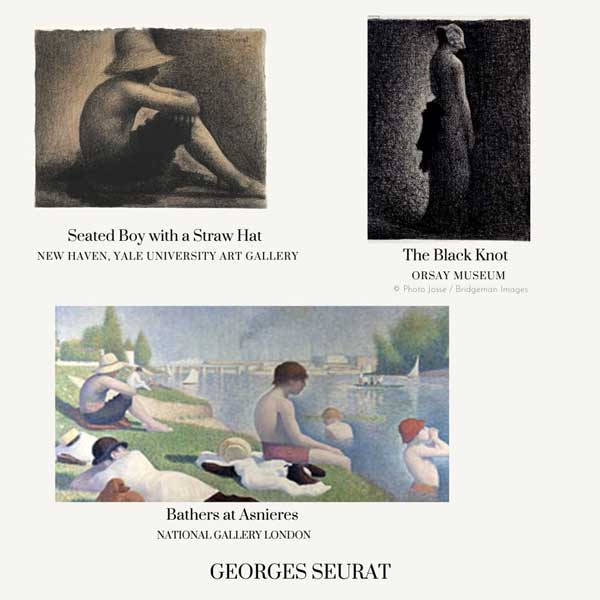 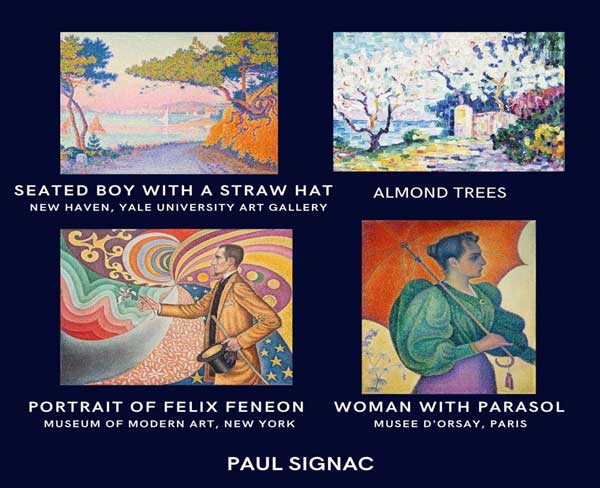 In our next blog, we will be looking at Post Impressionism.

Over the next few months, we will also be gradually releasing new workshops for the Summer and Autumn – if you would like to be kept informed as to the timetable and workshops on offer feel free to subscribe to our waiting list, enrollment is now open for our April 4 week workshops and our May Saturday Morning Workshop. I also hope to be adding new work to our online shop. At the moment, while it’s great, it’s causing a little bit of pressure, in that every new painting posted on our social media platforms over the last few weeks, have found new homes before we had time to add them to the online store.

Now, if you are a little stuck on what to get for Mother’s or Father’s Day, we have online vouchers available for our new Saturday Morning Workshops – Introduction to Oil Painting. This is aimed at the complete beginner, and we supply everything needed to create the paintings that we complete on the morning in question.

Feel free to stop by for a chat on Merrion Square any Sunday you are about, the weather so far has been brilliant even if it has been a tad cold. Most of the artists are back and over the last few weeks, we have welcomed many new artists to the square.