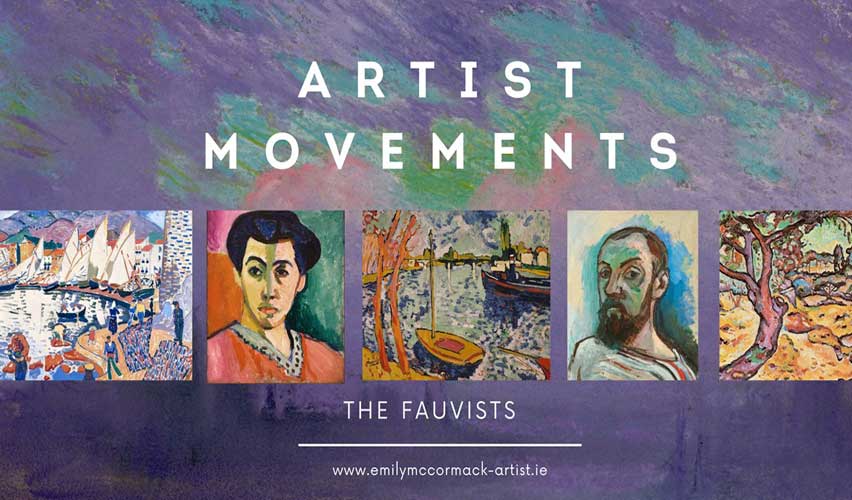 Over the next few blog posts, we will be taking a beginners look at some of the key artist movements that have taken place since the 1600s.

This month, we are looking at one of my favourite artist movements – Fauvism – or the ‘wild beasts’ as they were also known. Matisse (their leader) raised its importance when he stated that:

“Fauvism is not everything, but it is

The key drivers or members of the Fauvism were Henri Matisse, André Derain and Maurice de Vlaminck.

There were approximately 12 other members including George Braque who went on to develop cubism with Pablo Picasso, Raoul Dufy and Kees van Dongen.

The Fauve movement was primarily known for experimenting with strong/bold colour, straight from the tube (sometimes softened with white) and thick short brushstrokes.

In 1905, Matisse, Derain, Vlaminck and other artists exhibited at the Salon d’Automne in France.

The exhibition, due to its non – naturalist colours, shocked its visitors, and it was here that the term Fauvism (French for ‘wild beasts’) was coined by the ‘art critic Louise Vauxcelles – who scornfully commented that the artists painted like wild beasts, unintentionally giving the new style its name: Fauvism’. [1] Vauxcelles, would also go on to coin the term Cubism which a lot of the Fauvist artists would later become key members of, as well. 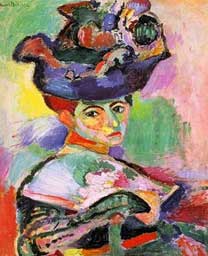 The Woman In A Hat
Henri Matisse
(Matisse’s Wife)

‘The exhibition shocked many who saw it, and many more who did not.

The impression that the paintings had been done to please the artists themselves rather than the critics was particularly upsetting.

Trouble had started even before the exhibition opened. The Salon d’Automne had been established in 1903 to encourage experimental artists, but the Fauve paintings alarmed even the Salon’s liberal-minded jury and Matisse was strongly advised in his own best interests to withdraw ‘Woman in a Hat’. The head of the hanging committee, however, was the painter Georges Desvallières, an old friend and ally of Matisse, who made sure not only that the Fauve entries were included, but that they were hung together in the same room, which heightened their impact.’[2]

ARTISTS WHO PAINTED AND EXPLORED FAUVISM

The key artists worked primarily with a tetrad painting palette of reds, greens, blues and oranges – tinted with white. Here are some visual examples of their artwork:- [3] 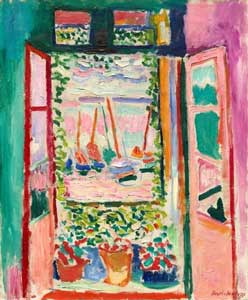 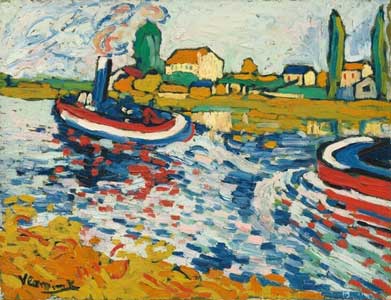 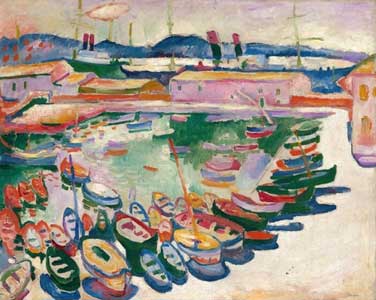 Next month, we will be taking a beginners look at neo-impressionism.

If you would like to chance your arm learning to paint like a fauvist or from any of the artist movements we will be covering over the coming months, why not join us at my art school and studio in the heart of Co. Meath where I offer a range of oil painting workshops.

[1]  S Hodge, ‘Everything you need to know about the greatest artists and their works’ (2nd edn, Quercus Editions Ltd 2013)

[2]   R Cavendish, ‘The Fauves at the Salon d’Automne – The exhibition that opened in Paris on October 15th, 1905 ‘shocked many who saw, and many who did not’ (History Today Vol 44 Issue 10)(Online) https://www.historytoday.com/archive/fauves-salon – accessed 19 February 2022